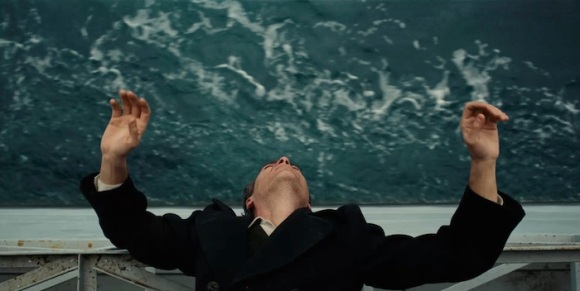 I saw The Master twice. I’m biased immediately. In fact, I watch lots of movies twice, sometimes three times, sometimes even more, often seeing films multiple times in theatres. I also saw Looper twice. I saw The Dark Knight Rises five times, including three times in 15/70mm IMAX. I saw Paranorman twice, Brave twice, Prometheus twice, Moonrise Kingdom three times, The Avengers twice, Monsieur Lazhar twice, 21 Jump Street three times, The Cabin in the Woods twice, and that’s all re-watches in theatres and only this year so far. (To be fair, I work at a theatre, so most of these re-watches were free.) But why would I watch these movies so many times? What do I get out of re-watches? END_OF_DOCUMENT_TOKEN_TO_BE_REPLACED

It’s July, the seventh month of the year, which means we’re officially into the second half of 2012. WHAT A HALF-YEAR IT’S BEEN! Okay, enough of that. I’m not going to sit here and pretend that 2012 so far has been particularly good in film releases. It doesn’t help that things get confused as to whether a film is from 2012 or 2011. Anyway, there were some good ones, and supposedly it’s the job of film bloggers to list said good ones.

Let’s get this straight once more. I don’t like ranked lists. Reading them is fine, but I don’t like holding myself to them. I don’t like crafting them. But screw it, I’m doing it anyway! So here’s how it’s going to go: I’m going to present a list of ten movies, unranked, and you all will look at that list and see it in all its glory and come to your own conclusions about which film I liked more than another film. Deal? Good. On with the show! END_OF_DOCUMENT_TOKEN_TO_BE_REPLACED

The Depressing Nature of the Summer Hype Cycle

The modern movie age has become a cycle of hype more than an appreciation for film itself. I chalk it up to the mainstreaming of the nerd class and the ubiquity of the Internet. Film culture online is rarely about the films themselves, but the industry and hype surrounding them. I fall prey to it, as well. It disturbs me, though. For about half the year, all anybody cares about is how the films of the Summer will stack up. Once that’s over it’s just a big race to see which films get the most acclaim and awards. If any of these two seasons is better, it’s the awards one, mostly because the good films tend to stick around in the consciousness more, giving them more time to find an audience. The Summer season is altogether a different story. Almost the opposite, really. Months—sometimes years—of hype lead up to one short weekend, the discussion explodes for roughly a week, petering off through the next week, and nearly disappearing after that.

Take a look at this summer, for example, which arguably began early in the Spring with the release of The Hunger Games. In fact, we can start even earlier, with John Carter. Pretty much since that film’s release, the two or three-week cycle has played out like clockwork. It’s partly a sign of a year with many big releases, but it’s also an illustration of how Internet culture works. There are several stages, but essentially they come down to: The Hype, The Pre-Release Buzz, Release, Taking Sides. END_OF_DOCUMENT_TOKEN_TO_BE_REPLACED

I was a bit more productive in my movie-watching this week. And by productive, I mean I watched some more movies. I think the big help here was that my mom likes watching movies, too, so we sat down to watch two together. That said, both films were re-watched for me.

I do plan, this coming week, on finally watching some classics. I now have a region-free Blu-ray player, and with it I’ve ordered Sunrise, Picnic at Hanging Rock and Lifeboat. All films I’ve seen before, but ones I’m very much looking forward to revisiting on Blu-ray. I also plan to finally find the five hours to consume Fanny and Alexander, but I guess you’ll find out in the next ‘Staring at Screens’ post whether I accomplished the task. Anyway, it’s time to tell you about the movies I’ve been watching. END_OF_DOCUMENT_TOKEN_TO_BE_REPLACED

Should Filmmakers Be Accountable For Failing the Bechdel Test?

I got into an interesting conversation at a film blogger meet-up last night about Wes Anderson’s Moonrise Kingdom. Specifically, the discussion was about the fact that the film only barely passes the Bechdel Test, and that in general Anderson doesn’t go to great lengths in his depictions of female characters. First, what is the Bechdel Test? Well, it’s name given to a test that comes up in one of Alison Bechdel’s graphic novels. It’s basically a test meant to illustrate how few complex portrayals there are of women in Hollywood films. To pass the Bechdel Test, a movie must meet the following criteria:

The test does have problems. There are some great films with great portrayals of women that, by virtue of function, don’t pass the test. But that’s not really the point. A film not passing the test is not also a condemnation. The test simply highlights a larger problem in Hollywood films, where white males are effectively seen as the blank norm and anything else, including a female character is often a purposeful deviation. But that’s not what the conversation was really about. We didn’t just talk about whether the film passes the test, but how much responsibility we should place upon Anderson for these failings. END_OF_DOCUMENT_TOKEN_TO_BE_REPLACED

Getting Kids into the Art House

If you’re not already a regular reader of Matt Singer’s Indiewire Criticwire blog, you’re seriously missing out. Every day, Matt posts amazing content and commentary about the state of film criticism and film appreciation. Some of the best film discussions on the net begin or end up at Criticwire, which makes it an invaluable source for cinephiles today. But what about those budding cinephiles out there? What about the kids who aren’t yet exposed to the wider world of film? Well, Criticwire has that covered this week with the latest entry in the Criticwire Survey column. Every week, Matt Singer poses a question to a selection of online film critics and then posts the responses. This week he had a particularly interesting question submitted by contributor Rania Richardson.

“I mentor a 14-year-old from Harlem and nothing would make me happier than to have her enjoy ‘art house’ movies. She goes to Hollywood movies in chain theaters, and doesn’t particularly like what she sees. Of course, the fact that she’s African-American makes it even harder for me to find movies that I think would speak to her. She is sophisticated and would probably not mind some subtitles and nontraditional narratives. Help!”

It’s a really great question. What “art house” movies could you recommend to a kid about 14 years old who hasn’t yet had much exposure to films outside the Hollywood norm? The answers were varied, and in some ways quite indicative of the people recommending. Particularly interesting to me were the responses that I couldn’t imagine subjecting a kid to. END_OF_DOCUMENT_TOKEN_TO_BE_REPLACED

Wes Anderson is Not Tim Burton

Last week I read a piece in The Guardian about how Wes Anderson and Tim Burton have both begun to wear thin stylistically. This came not long after listen to the folks on the Extra Hot Great podcast make a similar negative comparison to Tim Burton in their discussion of Wes Anderson’s Moonrise Kingdom. I’ve heard people complain about Wes Anderson’s apparently stunted growth as a filmmaker ever since The Life Aquatic came out in 2004 and always found it somewhat off-base, but now I finally understand why. Never before had I heard the comparison to Burton, but now that I have it all makes sense. All the complaining. All the jabs at Anderson for falling on stylistic crutches and repeating themes. I have similar complaints about Burton.

There is a difference, though, between Wes Anderson and Tim Burton. While Wes Anderson continues to tell stories informed by a stylistic lens, Tim Burton has effectively stopped telling stories, favouring instead the ability to treat his production like a stylized playground. Where one ends and the other begins is difficult to tell, but it’s an important distinction nonetheless. END_OF_DOCUMENT_TOKEN_TO_BE_REPLACED 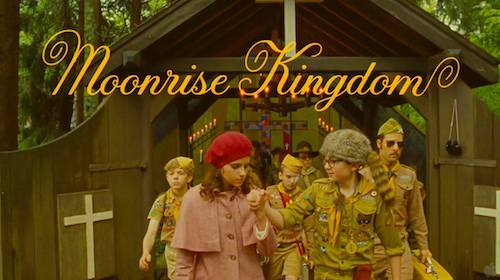 Oh my god, you guys! I fucking love Wes Anderson. I don’t give a shit about the fact that he’s super quirky, or that his style hardly changes for any of his films. I love Wes Anderson and I love his movies. Yes, all of them. Including The Life Aquatic and The Darjeeling Limited. They are all great films, and I watch them constantly. My favourite film of his is Rushmore, maybe followed by Bottle Rocket.

His last film, the stop-motion animated Fantastic Mr. Fox is as swell a movie as you’re likely to ever see. So brimming with colour and warmth and humour, it’s beautiful. But that was all the way back in 2009. Thankfully, 2012 has some new Wes Anderson for all us diehards to savour. From the looks of it, savour, we shall. 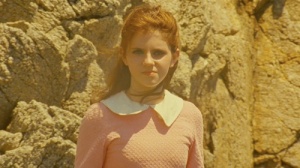 Anderson has always found as many ways as possible to reference the French New Wave, but Moonrise Kingdom appears to have taken that penchant to new heights. Have the actors speak French and I swear you could sell this as some sort of long lost Truffaut/Godard collaboration. It’s great. Reminds me of last year’s British film, Submarine, which in turn got compared to Wes Anderson’s work quite a lot.

The trailer for the film, released today, looks awesome. It appears to be the story of a quirky boy and a quirky girl who meet at a quirky summer camp populated by other quirky people. They fall in love and run off together, leaving the rest of the members of the camp to go off in search of them. At least, that’s what I gather from the trailer. It’s got lots of great actors, like Bill Murray, Ed Norton, Tilda Swinton, Frances McDormand and Bruce “Fists With Your Toes” Willis.

Go watch the trailer. Seriously. Now. Go. Apple has got it and it looks fantastic.

Did I mention I’m over-the-moon excited about this movie? Fuckin’ hell, 2012 is gonna be a good year!